Of course, CES 2017 is a show that's all about consumer markets, but the implications of its technology on other verticals cannot be understated; Ofte...

Of course, CES 2017 is a show that’s all about consumer markets, but the implications of its technology on other verticals cannot be understated; Often, the technology decisions of yesteryear made in mass markets like mobile trickle down to influence the embedded and Internet of Things designs of today. While this phenomenon could be seen everywhere throughout the halls of the show, two companies that embodied it served as bellwethers of emerging paradigms such as the IoT and autonomous vehicles, and examples of why they will succeed.

The first of these organizations is MediaTek, a familiar semiconductor company that has a history of supplying wireless access chipsets for handsets and modems. Speaking with J.C. Hsu in a meeting room at the Venetian during CES, the Corporate Vice President and General Manager of the IoT Business Unit at MediaTek suggested that, from his point of view, many “traditional chipset vendors aren’t well positioned” to serve the safety, intelligence, and autonomy required by next-generation automotive systems, a statement that initially raised my eyebrows given the source.

However, Hsu pointed out that the Taiwanese chipmaker’s history of design wins in systems such as TVs, set-top boxes, tablets, and smartphones actually translates well into connected vehicles in multiple ways, namely vis-à-vis the “Apple effect” and the muscle of mobile. 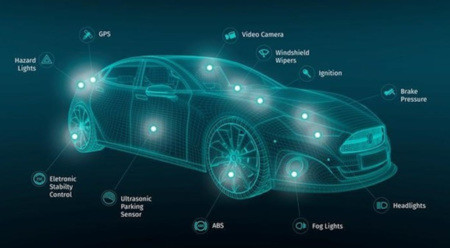 The second entity is Skyworks Solutions, another wireless handset chip supplier that was formed 15 years ago from the merger of Alpha Industries and a division of Conexant. Since that time, Skyworks has developed wireless solutions of all types for pretty much any application that involves RF, enabled, once again, by technology and cost points generated from their mobile business.

Today, Skyworks Solutions’ proficiency touches almost every type of connectivity required by the IoT, including cellular, Wi-Fi, Bluetooth, ZigBee, and low-power, wide area (LP-WA), but the company’s real expertise comes in packaging multiple components into highly integrated, optimized wireless solutions, according to John O’Neill, Vice President of Marketing at Skyworks. For example, considering wireless reference designs available from vendors like Qualcomm or Broadcom, O’Neill says that “the reality is, in real-world applications, you can always optimize the CMOS technology for, say, LTE Cat-M or NarrowBand IoT (NB-IoT) using the right process, such as GaN.”

To O’Neill and Skyworks, the IoT is just “a natural evolution of existing networks,” and while they still see European customers asking them to support 2G architectures, they continue to aid in that network evolution. The point is doing so with the right combination of connectivity, at the right price point.

Consumer technology: Why IoT will work

While IoT is still in its early stages with a high percentage of commercialized devices resembling more proof of concept than product, the requirement for precision networking on edge devices has not yet reached critical mass. However, particularly as mission- and safety-critical Industrial IoT systems come online (for example in automotive), so will the need for finely tuned communications solutions. Here, the lessons and technology developed for the mobile market will be used to lower cost and improve time to market, and entities with experience in these disciplines now have a confirmed seat at the IoT table. For me, at least, this is confirmation that the IoT is here to stay.