EU or no EU, the UK will continue to pride itself on its environmental consciousness. Hence, we need to do our due diligence in one of our most import...

EU or no EU, the UK will continue to pride itself on its environmental consciousness. Hence, we need to do our due diligence in one of our most important industries, where obsolete electronics are famously difficult to recycle.

We’ve all been appalled by images of vast electronic waste dumps and various directives have been implemented, such as WEEE, to address this in legislature. By and large, such directives cover efficient processing of electronic waste rather than actively encouraging reduction throughout the supply chain. 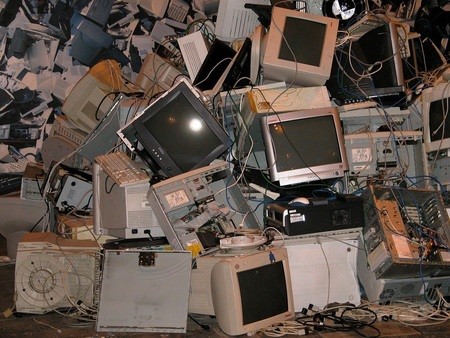 ISO 14001 seeks to address that shortfall, though as a voluntary international standard, it naturally isn’t compulsory. For vendors to justify committing internal resource and ongoing audit costs, it relies on the consciences of their top management, customers, or both. In Europe, there’s certainly greater pressure than ever on embedded and electronic vendors to go green, evidenced by the latest census data.

By majority, there are two business models for embedded vendors in the UK, with some combining both. They are local manufacture and far eastern distribution, invariably from Taiwan, with the latter being the more common. Unhelpfully, the International Standards Organisation’s census doesn’t consider Taiwan in isolation. My own interpretation of the data from historical personal observation is of European vendors applying pressure up the supply chain to comply with their ISO 14001 certification remit. Applying such pressure is actually a requirement of certification.

It’s been argued by some that ISO 14001 is toothless; it dictates vendors that must apply pressure up the supply chain, but stops there—there’s no requirement for ISO 14001 companies to only use ISO 14001 compliant suppliers. This argument appears justified. After all, a European vendor acting purely as a sales office for a far-eastern manufacturer will effortlessly meet the ISO 14001 requirements, whilst that OEM could be the least environmentally friendly manufacturer on the planet. I don’t perceive this as reality; I regularly see huge pressure being applied up the supply chain with compliance where it didn’t already exist.

I would agree that far-eastern manufacturers were slow to react to the West’s green revolution, and western environmental legislation was seen by many as an inconvenient form-filling exercise. I’ve heard horror stories of some vendors demanding distributors supply a form they then simply sign, or even worse provide a half-completed template obtained from Google. Not dissimilar to the Conflict Minerals legislation, it requires more than a tick in the right box. It demands embracing the right attitude as without it, it achieves very little.

Today, it’s refreshing to see these same vendors taking ownership of their environmental credentials at an early stage and becoming a cultural change as it did in Europe. The IoT revolution and its promise X billion devices joining the electronic waste cycle, alongside unprecedented demand for precious metals, means that now is the time to get this right—unless we want an environmental catastrophe on our hands.