As we get closer to reaching the limits of flash capability, we naturally ponder, "What's next?" The University of Southampton believes it has the ans...

As we get closer to reaching the limits of flash capability, we naturally ponder, “What’s next?” The University of Southampton believes it has the answer – five-dimensional (5D) glass discs.

Traditional flash wears out, hard drives eventually fail and, going much further back, photographs fade and books rot. While no embedded solution would claim (or require) an operational lifetime of centuries, current storage memory hampers the ‘fit-and-forget’ ideology of our industry. There’s also a wider question of preserving humanity’s collective culture, currently transferred from one slowly failing storage medium to the next. The operational lifetime of this exciting storage medium is mind-boggling, with scientists claiming a hypothetical infinite lifetime at room temperature. 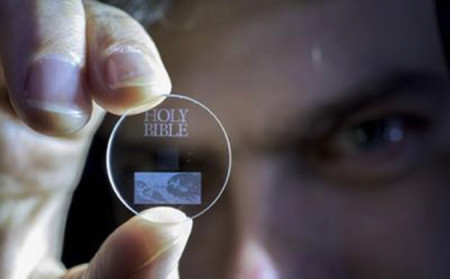 The technology encodes data within sub-microscopic nanostructures in glass. Not dissimilar to existing optical disk technology, ‘nanogratings’ change how light is reflected. Today’s optical disks do this in two dimensions. 5D glass discs increase this to, you guessed it, five. Those five are the nanograting orientation, ‘strength’ of refraction and its location within the x, y and z axis. These additional dimensions promise a like for like capacity of 360 terabytes, relative to the 128GB maximum of Blu-ray optical media.

Storage memory has always been the bottleneck in overall system performance, where processors and RAM continue to provide bandwidth multitudes greater than the omnipresent sluggish local disk. 5D glass discs promise unprecedented data bandwidth that will see the storage medium as a bottleneck disappear, but it’s the vast capacity in the tiniest of form factors that is most exciting for embedded. Equally relevant in embedded is it’s environmental credentials, theoretically supporting up to 1,000 °C. At the extreme end of embedded extended temperature operation, at 190 °C operational lifetime is calculated to be a ‘mere’ 13.8 billion years! 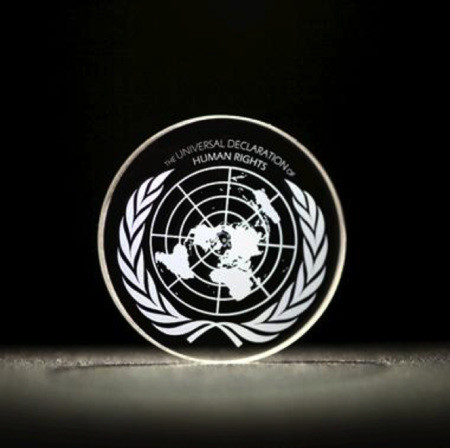 This all sounds a little far-fetched and it’s certainly true that this revolutionary technology is far away from commercialization. My first reaction reviewing this technology is that it’s inherently read-only, which makes it potentially unsuitable for the majority of embedded applications. However, with data logging increasingly occurring on the cloud rather than locally, perhaps this isn’t such a non-starter.

We also must remember that when the Compact Disc (CD) first emerged, no one imagined it would later become so cost-effective to personally burn them. Even then, it was only when rewritable media emerged that they could be considered usable as a drive. The same pattern occurred with DVD and Blu-ray, yet today we can purchase 100Gb rewritable optical media – so maybe writing on glass isn’t much more far-fetched than this already proven radical storage technology. Watch this space – but first, watch the video.