Some time ago?actually somewhere around 1 year, 7 months ago if we?re to go by my unboxing video for my first 3D printer?I was skeptical of 3D-printing.

Some time ago—actually somewhere around 1 year, 7 months ago if we’re to go by my unboxing video for my first 3D printer—I was skeptical of 3D-printing. Sure, you can obviously make figurines and other fun devices for your entertainment, but that never held much appeal to me. Plus, I have an automated “making” tool in the form of a CNC router, so whats the difference?

After having a printer for a while (and eventually upgrading to an even better one), I can say that the difference is night and day. While they can make some of the same parts, the big differences that I see in practical terms are:

Elaborating on the last two points, while slow (think hours rather than minutes unless you’re printing something quite tiny), 3D printers can mostly work on their own, allowing you to do something else while it’s going. Theoretically you can do that with a router as well, but I rarely leave the same room when it’s running as there’s a good chance something will happen that requires your attention. Some people let their printers run when they’re out of the house or asleep, but while pretty reliable, things can still happen, so I typically try to stay in the same general vicinity. I also keep my printer on a metal shelf next to a concrete wall in order to minimize fire risk. 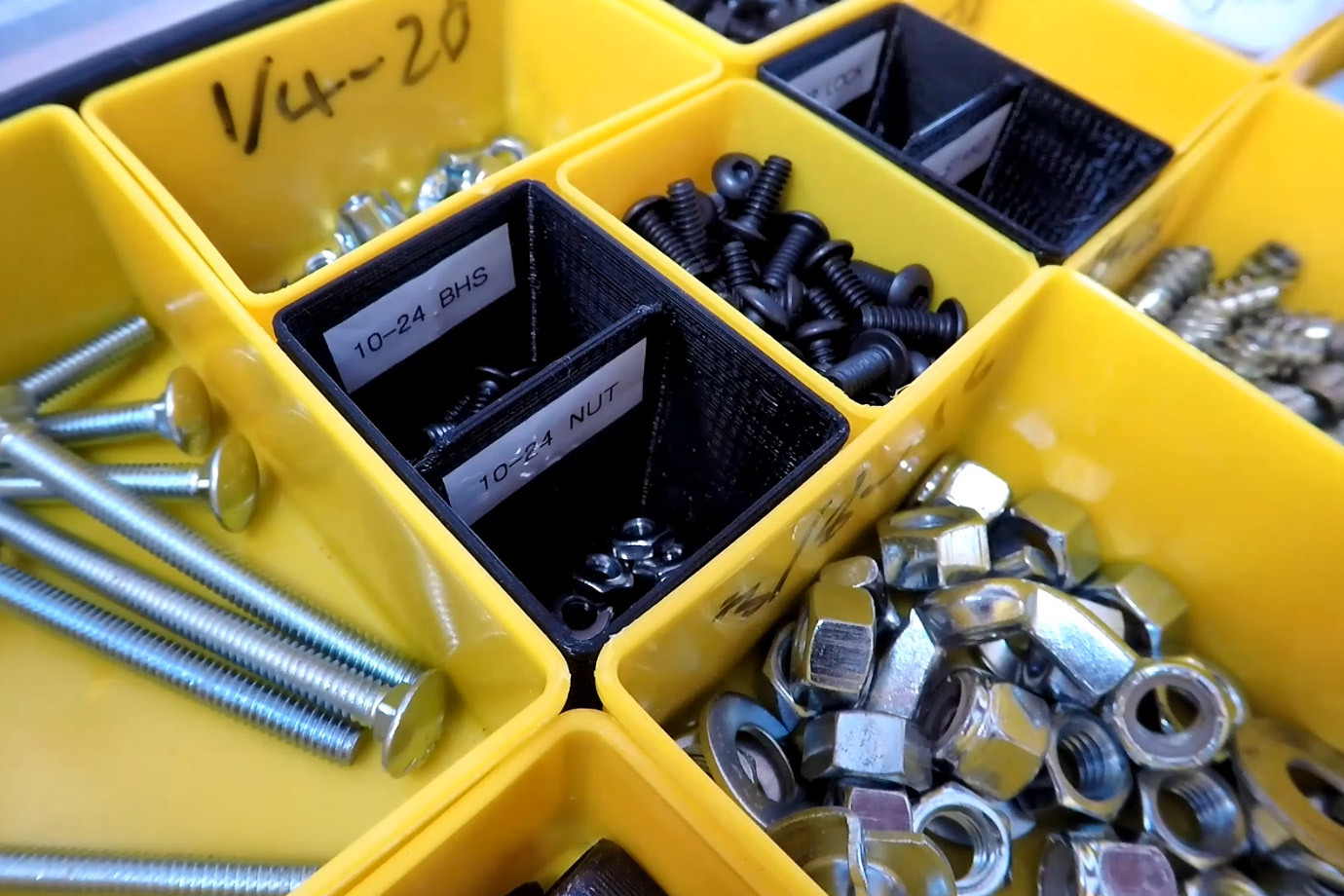 While it’s normally not efficient to make 1000 of an item on your printer, I’ve found that when you need one or two of something to help with a project, this can be extremely useful. The first method of procuring items to print is—what else?—searching the Internet. Thingiverse is a good resource for these files, though I put my designs up on GitHub.

If you have a problem that could be common to others, there’s a good change the design exists somewhere ready for you to download and print. This will generally be in the form of an STL, or stereolithography file, which defines the structure of your part. You just have to set up the print using a “slicer,” such as Cura, that defines your printers movements in the same way a CAM (computer-aided manufacturing) program designs a toolpath for more traditional machining.

I’ve found that storage solutions are quite common online, as well as dust collector adapters for various types of machines. For example, I’ve printed many extra bins for my Harbor Freight storage cases, both in this style with subdividers, and this kind that mostly replaces the standard bins, helping me make more efficient use of my space. Hand drill dust collectors also appear to be popular, though I’ve never used one. Perhaps I’ll print one up if I have a need in the future.

While what you find at the store is generally a one-size-fits-all approach, and downloadable printed content comes in a format specialized for a comparative few, what you often want is a one-size-fits-you design. For this, you’ll need to turn to 3D-modeling with a package like Autodesk Fusion 360, FreeCAD, OpenSCAD, or one of the many other packages that are available for free or at a wide variety of price points.

In my second post on this series I’ll go over a few of the useful designs that I’ve made in Fusion360, allowing me to be more productive, and/or create things that would have been much more difficult without a printer.