How to Embrace New Market Opportunities for the AIS Class B

The AIS system was popular because it also allowed six kinds of application specific messages (ASMs) to be transmitted.

In the 1990s, the original Automatic Identification System (AIS Class A) was introduced to monitor ships and prevent them from colliding with other vessels. Under this system, standard marine VHF radio frequencies were used to transmit and share their MMSI number (maritime mobile service identity), type of ship, length and beam and location.

Information collected also included what their course was and how fast they were going and all this data could be shown on an electronic chart display and information system (ECDIS) or on a variety of screens, giving mariners improved situational awareness in congested shipping channels. Other gathered data could include the type of cargo carried, its destination and estimated time of arrival as well as the overall route plan. 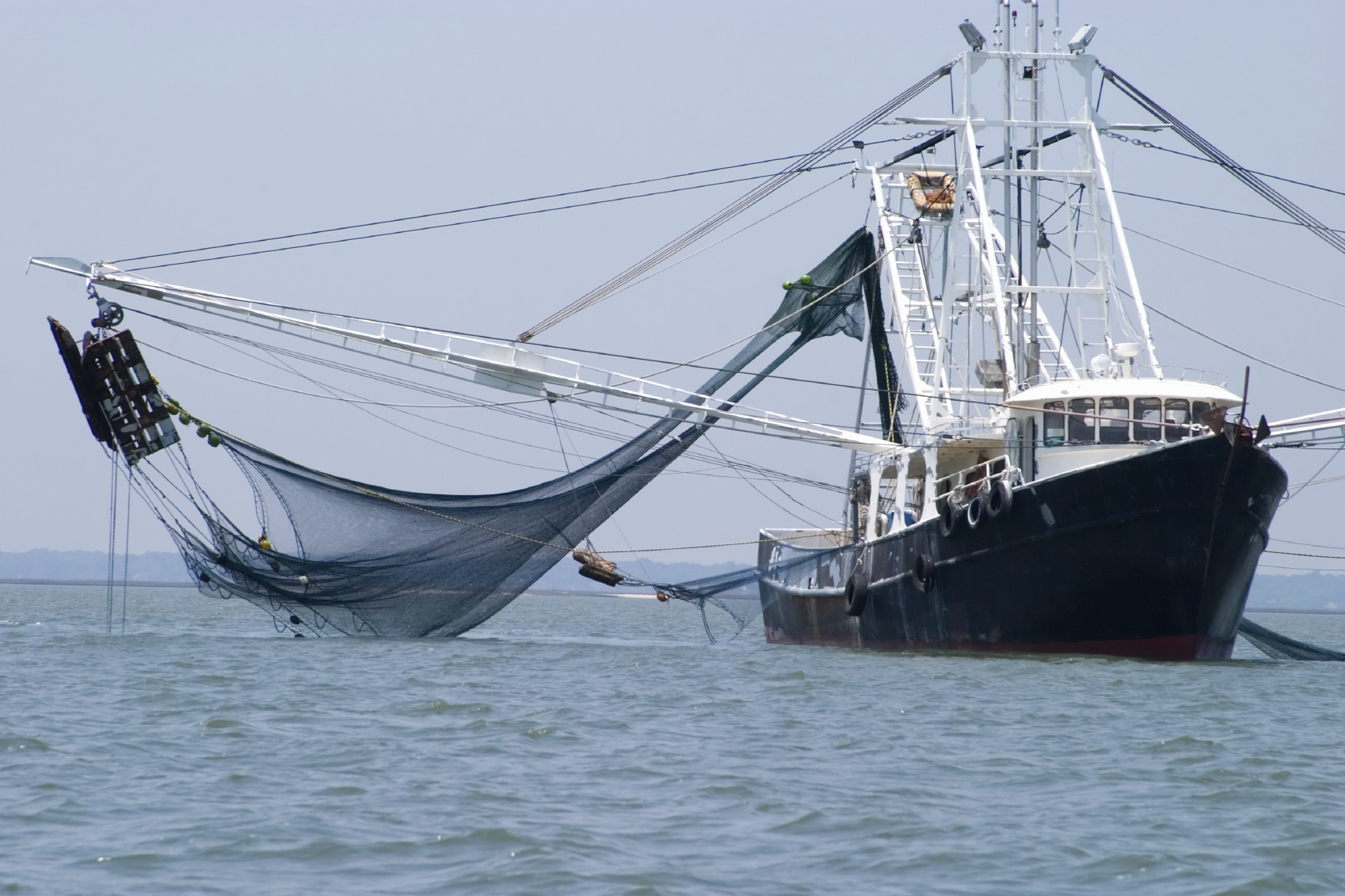 The AIS system was popular because it also allowed six kinds of application specific messages (ASMs) to be transmitted. ASM messages provide a means of data exchange between externally connected users of two or more AIS stations, meaning ASMs information could be passed between two or more AIS units with the AIS stations acting as modems. Additionally for maritime navigation the IMO defined several ASM which are recommended for the use in maritime shipping. ASM which are published and maintained by IMO are called International Functional Messages (IFM), examples are the environmental messages containing various information like wind, water level, sea state and current follow.

The AIS Class A system was so important that the International Maritime Organisation (IMO) decreed that – in line with its Convention for the Safety Of Life At Sea (SOLAS) regulations – every passenger ship should be connected to AIS as well as every other kind of ship weighing 300 tonnes or over.

In 2006, technology had moved on rapidly and it became possible to develop smaller, cheaper and easier to install solutions, known as AIS Class B devices. Whereas AIS Class A operates at 161.975 MHz (using Channel 87B, providing simplex communication for ship-to-ship), AIS Class B also operates at 162.025 MHz (using Channel 88B, providing duplex communication for ship-to-shore). AIS Class B devices also supported lower RF transmission powers and operated using simpler protocols meaning that equipment could be smaller, lower power and lower cost.

Using either CSTDMA (carrier sense time division multiple access) or SOTDMA (self-organising time division multiple access) technology, a AIS Class B transceiver is made possible through a combination of a GNSS (global navigation satellite system) receiver, a microcontroller, a VHF transmitter and a minimum of two VHF receivers, as well as standard marine electronics connections to link with a ship’s sensors and other equipment.

For the first time, it became feasible to fit AIS devices on to a much wider range of shipping vessels, no matter their size. These would include fishing boats, leisure vessels and even boats that never go on the open sea (those operating on major inland waterways). The Class B specification opened up the use of AIS because it didn’t matter how the vessels were powered, how much space they had or how many antennae they had, the technology could still be used. Another game-changer was that communications satellites were reducing in cost and this meant their proliferation grew to the point that AIS could also be detected via satellite and a ship of any size, in any location, would be able to connect to them for sharing data, far beyond the normal terrestrial range of their VHF radios.

This expansion in communications capabilities and the increased ability to send, capture and analyse data from AIS class B systems on a genuinely global basis boosted the areas where the technology could be used. Wider access to data was one new area where AIS could offer real benefits. As well as collision avoidance the ability to identify a ship’s location and course and compare that with other information such as radar tracking could enhance port and border security, as was investigating maritime accidents, carrying out search and rescue operations and monitoring ocean currents.

Another area where AIS Class B has begun to have an impact is in tackling illegal, unreported and unregulated (IUU) fishing which is decimating fish stocks and taking potential revenue away from regional economies. 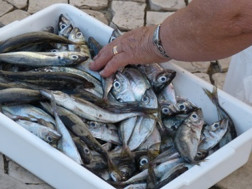 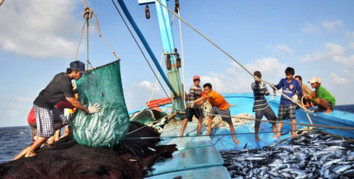 The way that many countries monitor this problem, which is on the increase around the world, is to use vessel monitoring systems (VMS). However, not only can such systems be extremely costly to implement and operate but there are so many different types in use and co-ordinating the different complexities across a wide range of regions globally is very difficult. Standardising on AIS to perform VMS overcomes these disadvantages. Also many of the fishermen in these regional economies have extremely low incomes and so it is imperative that equipment is affordable (and often subsidised by government) to maximise the effectiveness of policing IUU fishing. 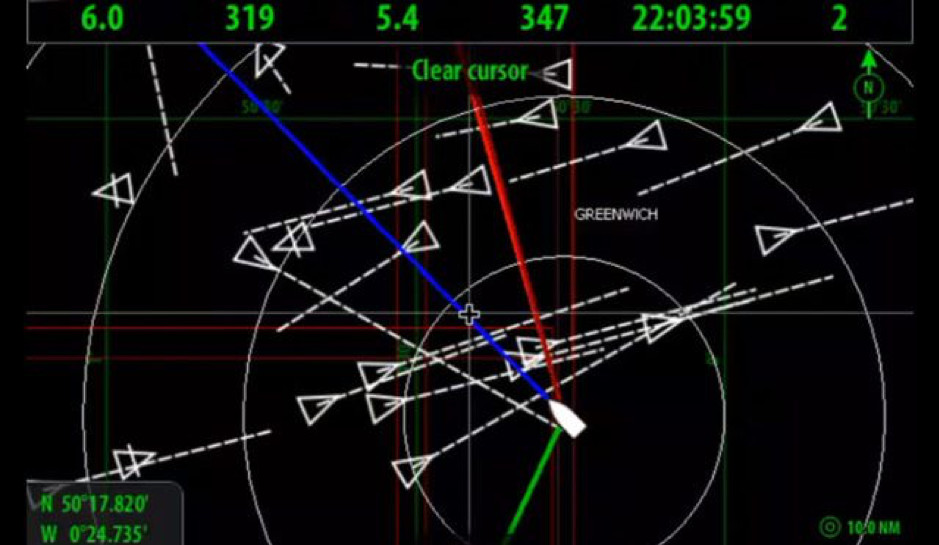 Figure 1: An AIS system in operation

Making it easier to create an AIS Class B transceiver

Developing AIS transceivers is a multi-disciplinary activity, requiring knowledge of both marine and RF standards, RF and wireless data modem design and it can be a challenge to those new to the market. Depending on end markets equipment may also need certification to show compliance to relevant standards.

One of the issues for those looking to integrate AIS Class B into their current vessel monitoring systems is that the technology used needs to operate successfully in environments where there are substantial amounts of data being passed along extremely busy radio frequencies. Not only is there a large amount of vessels with their own communications being passed back and forth but there are also extremely powerful on-land transmitters to interface with.

This can create issues for designers of AIS systems who have to deal with receiver (Rx) blocking. At the same time, as more and more AIS Class B devices come into use, many more potential markets will be open to exploitation by manufacturers who embrace innovation. This means not only having products ready over shorter timescales but also ensuring they are cost-sensitive.

One way that designers can reduce the time needed to develop an AIS Class B CSTDMA (carrier sense time division multiple access) transceiver and bring it to market is to use pre-developed solutions such as the SCT7033 AIS Class B protocol stack processor from CML Microcircuits with the DE70322TC demonstration/evaluation kit that facilitates rapid development and certification.

Based on a low-cost microcontroller compliant with international standards for non-SOLAS vessels, the SCT7033 provides interface and control for the company’s CMX7032 baseband AIS processor, an SPI interface and controller for dual LMX2571 frequency synthesisers, and a universal asynchronous receiver-transmitter (UART) interface and controller to support a uBlox M8M GNSS module. The device also has USB and UART interfaces and drivers for the presentation interface, an extra UART for a dedicated GNSS interface and a GNSS-aligned slot clock output for synchronising the CMX7032. Other features include an NMEA0183 marine communications bus and status LEDs. 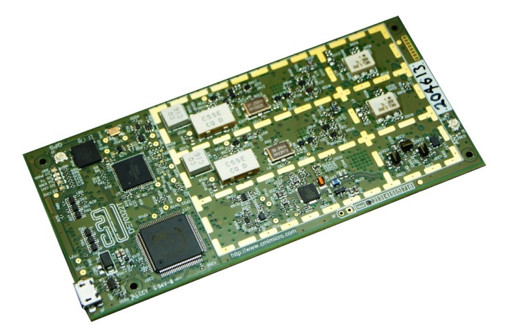 As the population of vessels on international (and even local) waters continues to grow so does the need for the IMO and other bodies to ensure that the location of every ship is known, as well as what they are carrying and where they are going. Monitoring and controlling fish stocks will also become an increasingly crucial issue and so it will be more important than ever to embrace AIS Class B technology if we are to take advantage of the many market opportunities that it will offer.

David has nearly 40 years of experience working in the electronics industry. As CML’s Wireless/Wireline Voice and Data Product Manager, specialising in baseband solutions, he works across all CML departments managing the products under his care. When he gets some time to himself, he can often be found cooking at home with a glass of red wine in hand.