See what?s inside this innovative device. You?ll be surprised to learn how some seemingly simple parts were more difficult than expected.

See what’s inside this innovative device. You’ll be surprised to learn how some seemingly simple parts were more difficult than expected.

Home automation caught its share of the spotlight at the recent CES. On display was everything from talking mirrors and automated toilet seats to lighting, door locks, HVAC, and everything in between. Various protocols were employed in these products, including Z-Wave, ZigBee, Bluetooth Low Energy, Wi-Fi, and multiple proprietary media.

Not to be outdone was the array of Amazon Alexa-enabled devices that fit this category, some on the show floor and some in the back rooms that are not yet ready for prime time. One vendor that seems to have moved to the front of the line when it comes to Alexa-enabled products is iHome, a division of SDI Technologies. The company claims to be one of the leaders in home-based consumer electronics in North America, specifically with bedside electronics. In fact, it claims to have products in more than 40 million homes.

The product I took apart for this tear down report is the iAVS16 Alexa-enabled clock radio. From a usability standpoint, it gets a thumbs in. Installation was simple, especially if you’re somewhat of a techie, as you have to download an app and install it on your mobile device. In my case, I used an iPad and the process was seamless. 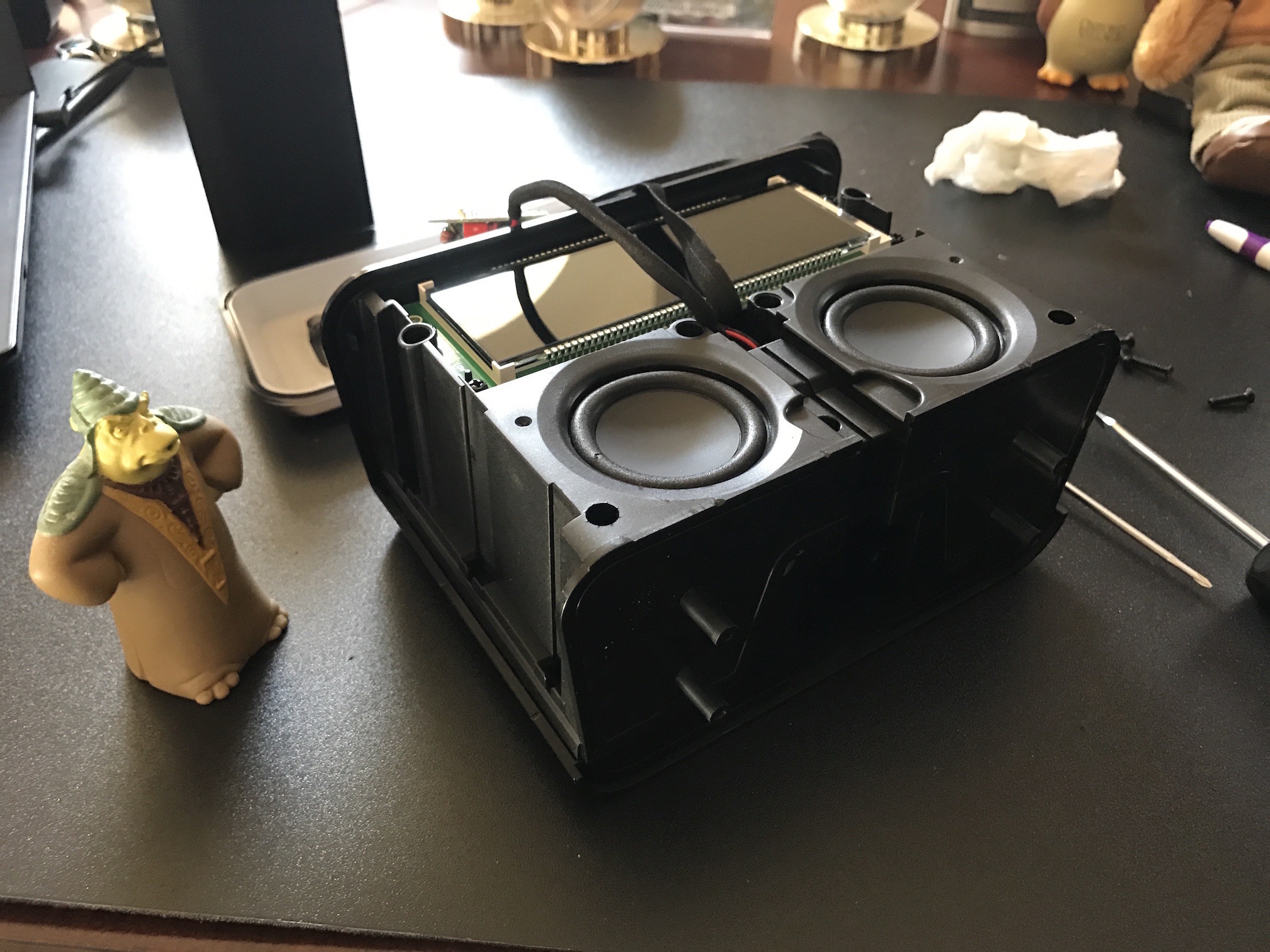 As a clock radio, thumbs up

I used the appliance for a couple of days, then reluctantly dissected it. Like many tear downs, this one did not come apart easily, so getting it back together wasn’t looking too good (thanks to some effective use of duct tape, it did go back together, sort of). Ripping the plastic apart revealed a fairly elegant design. It was clear right away that the iHome designers knew what they were doing when it comes to layout and ergonomics. It was tightly packed, yet not to the point of over-design.

Working hand-in-hand with Amazon, the iHome designers pulled together the requirements and developed the basic set of specifications. The iHome team was truly a global one, with its headquarters in New Jersey, software-development, electrical, audio, and mechanical teams in Hong Kong, and system integrators, final programming, and manufacturing in other parts of Asia. The back and forth with Amazon mostly occurred with the New Jersey group, where the distinctly Alexa features are incorporated. QA also was implemented out of the New Jersey facility.

This is the first voice-enabled product that iHome attempted on this scale with a major platform partner like Amazon. The early stage discussions with Amazon took place about a year and a half ago, but got deeply involved about six months later. 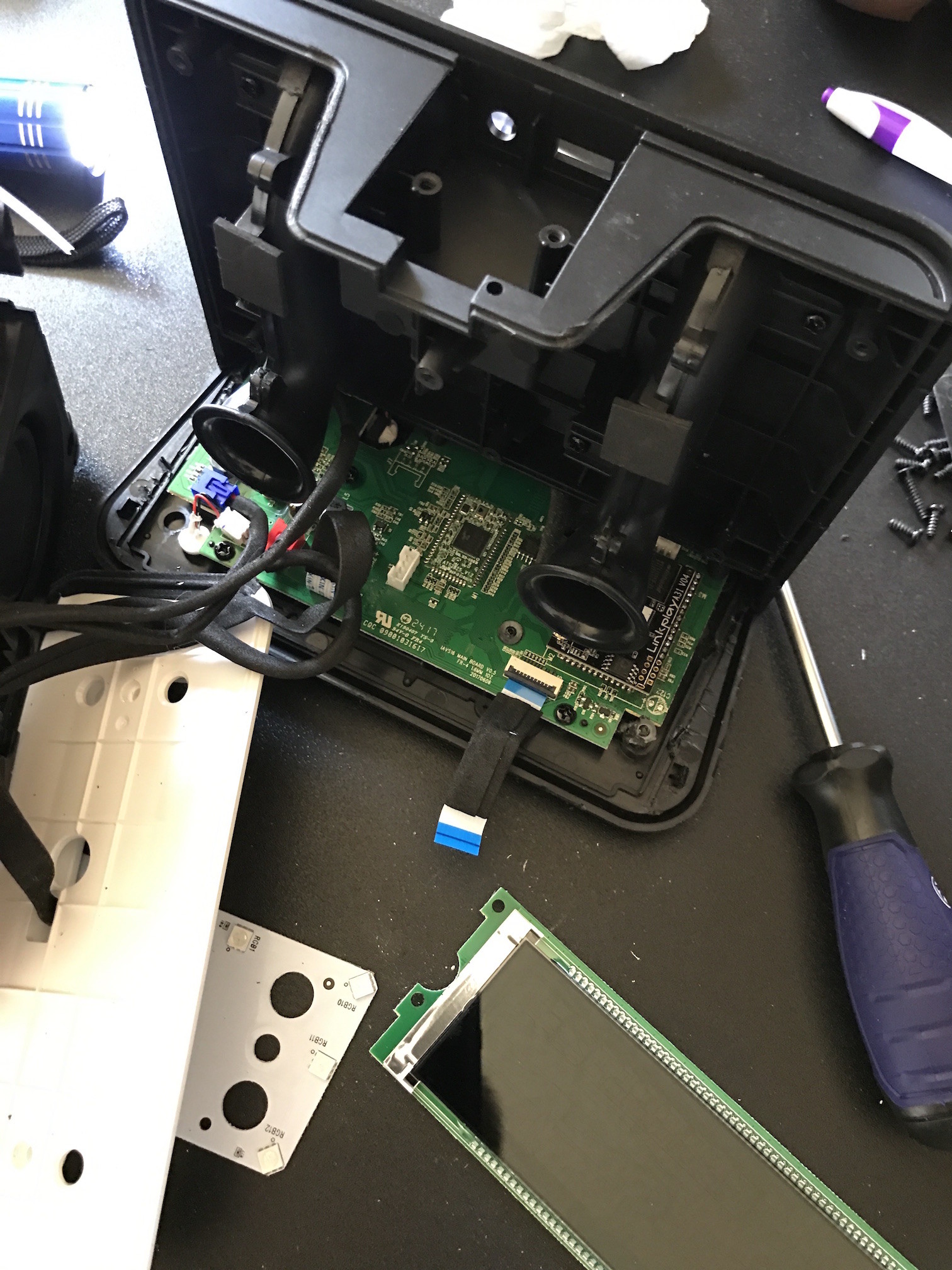 The simple snooze wasn’t so simple

Oddly, a large part of the discussion centered around something that you might think is fairly innocuous, the snooze bar, which required a custom implementation and changes to how Alexa integrates with the Cloud.

“With so many systems shipped over the years, we know how people use something as mundane as a clock or clock radio,” says Gary Schultz, Director of Product and Business Development for iHome. “And from a feature set understanding, we know that just voice alone, as cool as this device is meant to be with Alexa, we needed to give the consumer some basic tactile capabilities like a standard clock radio. Hence, the need for a mechanical snooze bar.”

A benefit to working with Amazon is that you’re basically starting with all the features of a base Echo product. From there, you spec out what you need to differentiate. For example, I personally might have integrated an AM/FM tuner into the box, but that would be mostly overkill as Alexa already bundles an IP radio that’s connected to the Amazon cloud

While there is a blueprint that Amazon suggests, iHome decided to tackle most of the design internally to reduce the bill of materials. But at the end of the day, it has to be certified by the Amazon’s AVS (Alexa Voice Services) ecosystem. So, iHome needed to check in with them through each step of the design.

“While Amazon watched us pretty closely, they never got in the way of our design at any point,” offers Schultz. “They were good partners; they refer to us as an Alexa or AVS Developer. They gave us the SDK and told us how to work with it, how to build a product that connects to the Amazon Cloud and can be certified. We took it from there.”

iHome also added functionality to its display, which includes obviously the time, but also the date, the local weather, and the alarm status. Until Amazon released its Echo Show product, no one offered these features.

Code development was handled by the system-integration unit in Hong Kong. For voice pickup, a two-microphone implementation from Conexant is used. The CPU employed is quite robust, enough that iHome can make some software enhancements on a next generation without having to swap in a more powerful processor. 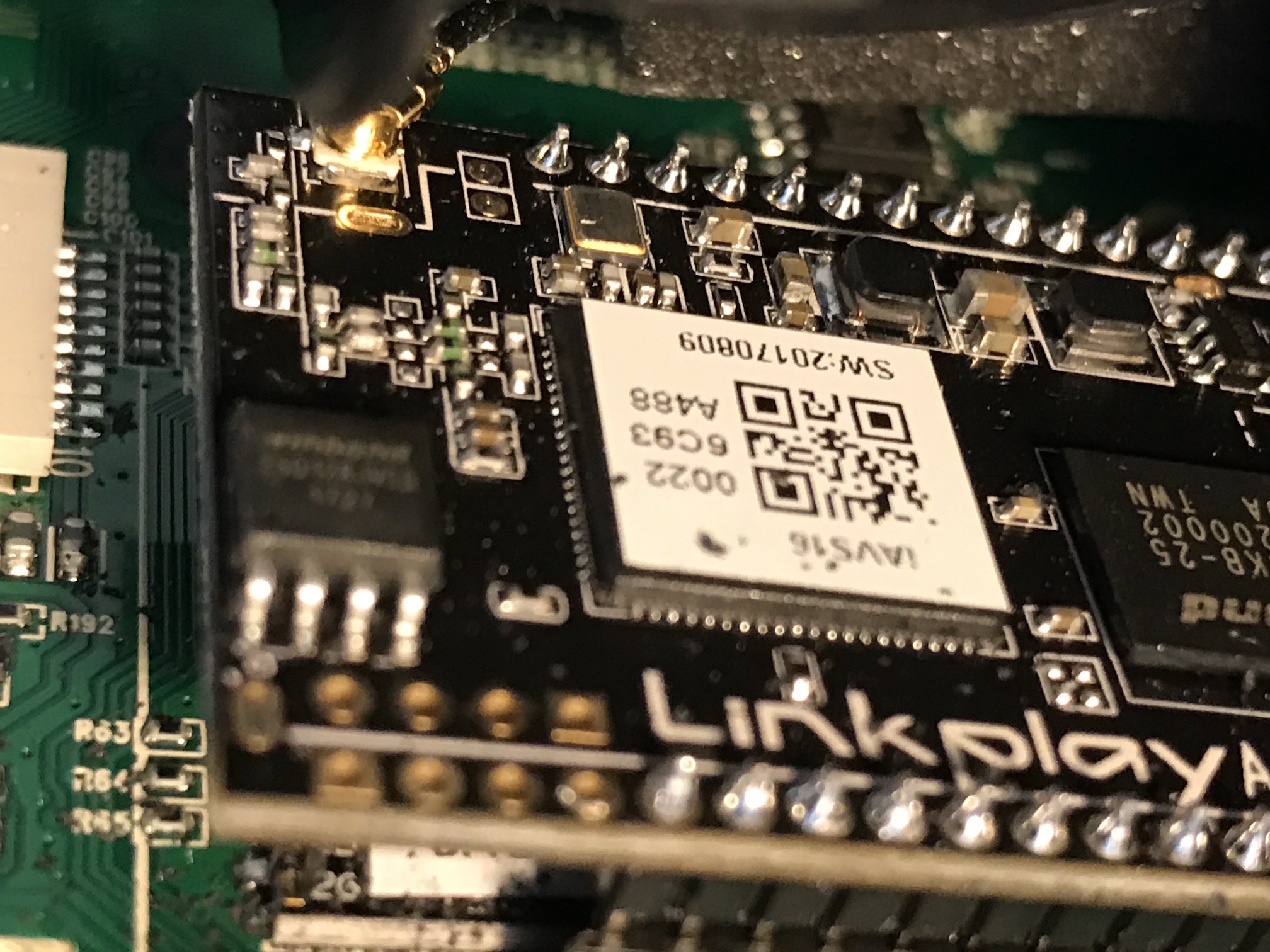 MIPS at the core

The main processor is a MediaTek MT7688AN SoC that integrates an 802.11n Wi-Fi radio, a 580-MHz MIPS 24KEc processor core, and a host of other features, including USB 2.0. The part also lets the iAVS16 act as either an IoT gateway or an Edge device, potentially making connections to Bluetooth Low Energy, Zigbee/Z-Wave, and Sub-GHz RF. That same part also simplified the process of adding a USB power port, with enough power to charge phone.

Finally, the light bar at the base of the iAVS16 offers some innovative features, including an “easy wake” feature. This lets a user be woken by a “light show” rather than by audio. The light bar also illuminates whenever Alexa talks. The light bar can be used for other things as well, such as beating to the music.