I bought my wife a new mobile phone for her birthday last month. It has a 5″ screen, an amazing processor, two cameras, and a staggering amount of m...

I bought my wife a new mobile phone for her birthday last month. It has a 5″ screen, an amazing processor, two cameras, and a staggering amount of memory. It even makes phone calls.

Next month I’m taking my wife to see Shirley MacLaine, live, right here in our hometown of Melbourne, Australia. Now here’s the thing: That mobile phone, a miracle of modern technology, cost less than one night out at the theatre (not even counting the dinner I’m sure I’ll be on the hook for). How can this be?

A long time ago, I realized something profound. The cost of something is only vaguely related to its technological sophistication. It’s all about how many are made. No matter how much bleeding-edge technology is embedded in something, if you make them in the millions, they won’t cost very much. They make many phones, but there’s only one Shirley MacLaine.

Take that same sophisticated technology that’s in the phone and make only a few hundred or even a few thousand, and the cost shoots straight through the roof.

The problem is that there are a lot of companies who make special purpose B2B equipment in modest quantities, who are being hammered by their customers to exhibit the same kind of technological sophistication as the customers experience in their iToys. This includes touchscreens, connectivity, and amazing super-powers. I call this the iEffect: The expectation that every piece of equipment someone uses has a sexy touchscreen, without regard to the necessity, applicability, or the number produced, and that it not cost more than a mobile phone.

As an example, my company recently developed a controller for a very simple piece of equipment. The model our customer had before they came to us had a user interface consisting of two LEDs and one push button. The product only has one function, and that UI worked very well. But, they wanted something snazzier. So now it has a 7″ color touchscreen on the outside and an ARM processor on the inside. The whole exercise is about sales appeal and the iEffect. I am not saying that this was a silly requirement from our customer. In fact, it was extremely sensible. They understand their market, and know that a product with a color touchscreen will do very well in that market.

That particular customer is in one of those rare markets that’s fairly insensitive to price. Besides, they practically give away the equipment to help sell consumables (no, it’s not a printer). But most of the time that’s not the case. Usually, a small to medium-sized B2B equipment maker would desperately love to have a color touchscreen in his product, because it gives him a competitive edge. Imagine how much cooler a pallet wrapper is with a touchscreen over one with two clunky push buttons!

For those of us in the business of making deeply embedded controls for OEMs, the iEffect is a big challenge. Pallet wrappers, micro-brewery bottling machines, and luxury hydrotherapy tubs don’t need vast amounts of processing power. They need easy programming, safe multitasking, and, thanks to the iEffect, color touchscreens at an affordable price. And they’re made in tens, not tens of millions.

David Stonier-Gibson is the CEO and co-founder of SPLat Controls, and principle architect of the SPLat system. He once took his wife to the theatre on Broadway for her birthday. 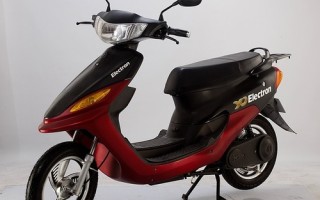