How to make your super car go faster!

Have you ever thought how you would improve the performance of a Lamborghini? Spend a few moments and think about it now. I bet none of you said, "sup...

Have you ever thought how you would improve the performance of a Lamborghini? Spend a few moments and think about it now.

I bet none of you said, “super capacitors!”

It’s simple, really. One of the key requirements of anything that goes fast is weight. The lighter you are the quicker you can be accelerated and decelerated (Newton’s F=ma). One of the items that weighs a lot in a car is the lead-acid battery. Super capacitors offer the automotive electrical system engineer the ability to reduce the weight of the battery.

The advantages don‘t end there:

Designing systems that use high-power super capacitors is not as easy as it first appears. A super capacitor is not just a large capacitor. Characterisation of the super capacitor is required to provide a suitable model, and modelling needs to take into account charge/discharge currents and the requirement to balance the cells. To achieve the greatest energy savings, the characteristics of a super capacitor need to be matched with the demands of the system. 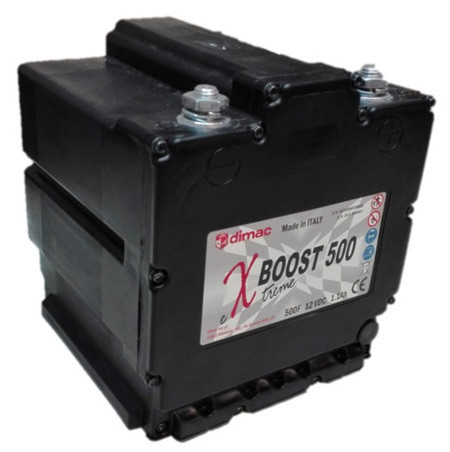 DIMAC RED S.p.A has achieved expertise in super capacitors after many years of involvement in a variety of different projects, spanning the fields of industrial, automotive, and transportation, with one recent use case being the company’s start/stop system for buses and cars. For more on super capacitors and improving operational efficiency, visit their website.

A degree educated professional with 27 years experience in the electronics/semiconductor industry. Starting as a hardware design engineer designing control and instrumentation equipment, and then moving on to Man Machine Interface products for the control industry.