The Invention of Tesla's Model S

Who was Tesla's first CEO? (Hint: It's not Elon Musk.) What was the company's first car? (Hint: It?s not the Model S.) How did Tesla get its start? (Hint: Read on.)

Founded in 2003, Tesla Motors was created by a group of engineers who wanted to create an all-electric vehicle (EV) that would not only excel in terms of sustainability and environmental friendliness, but offer uncompromised style and luxury as well.

Tesla emerged shortly after General Motors (GM) stopped production on its first EV, the aptly-named GM EV1, after encountering problems with production cost, range, and thermal management that resulted in one car catching fire. After producing 1,117 EV1s, GM determined that automobiles wouldn’t sell and took them off the road. 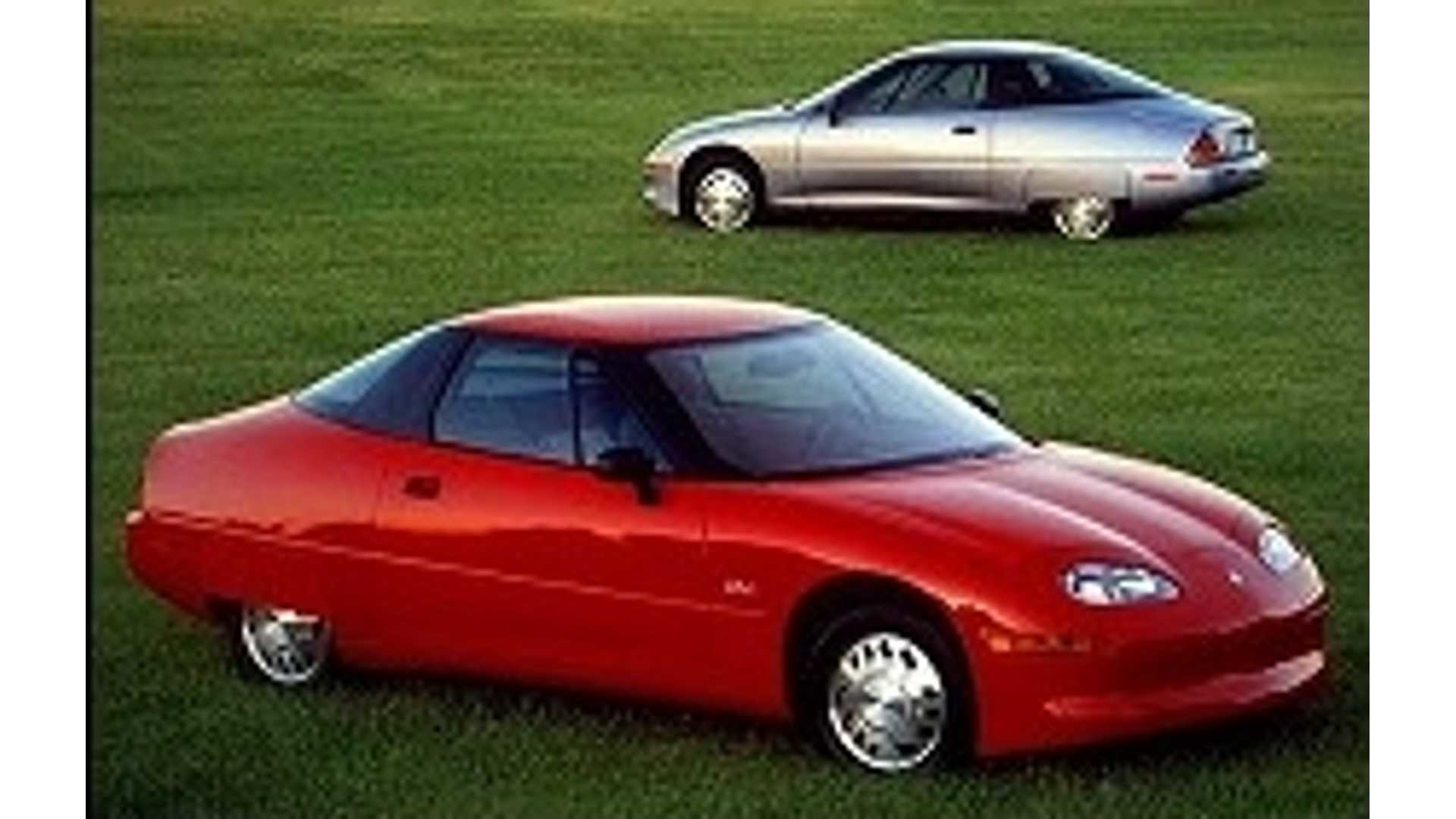 Figure 1. GM’s cancellation of the EV1 prompted the founding of Tesla.

According to current Tesla CEO Elon Musk, the cancellation of the EV1 inspired American engineers Martin Eberhard and Marc Tarpenning to create a business plan for a company that would eventually become Tesla.

Into Action: A New Spark for EVs

The first EV blueprint Eberhard and Tarpenning created was for a vehicle known as the Tesla Roadster. The Roadster’s initial powertrain would be based on reductive charging and power design licensed from AC Propulsion out of San Dimas, CA.

AC Propulsion can be viewed as another early influence on the founders of Tesla. In the early 2000s, Eberhard, and later Musk, test drove AC Propulsion’s tzero, a hand-made electric sports car based loosely on the design of the Piontek Sportech kit car. 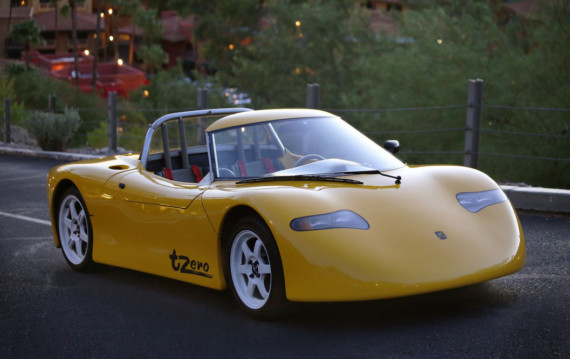 Figure 2. The AC Propulsion tzero contained many of the EV powertrain components used in the Tesla Roadster.

According to Nicholas Zart, author at CleanTechnica, the tzero is what mainly attracted Eberhard to AC Propulsion. So much so, that he decided to invest in the company. Both Eberhard and Musk, on separate occasions, urged AC Propulsion to mass produce the tzero. That never happened, but from 1997 to 2003, the company did successfully transition 28 lead-acid batteries on the tzero to lithium-ion battery packs that reduced the EV’s weight by 500 lbs., extended its range 3x, and shaved nearly 0.5 seconds off its 0-to-60 mph time.

Much of the innovation in the tzero powertrain resulted from the integration of charging components with the inverter. Like the GM EV1 before it, production of the tzero ceased in 2003, but this AC Propulsion powertrain IP and other motor and drivetrain technologies were licensed by Tesla in the making of their first production EV, the Tesla Roadster.

Enter the Elon (Musk) and Hitting the Roadster

After having the opportunity to test drive the tzero in 2003, Elon Musk was fascinated with the work AC Propulsion had done and wanted to get involved in the EV business. In 2004, Musk invested $6.3 million in the automotive startup and would go on to become chairman of the Tesla board and eventually CEO after Eberhard and Tarpenning “left” the company.

Meanwhile, the first Roadster prototypes were being developed, and completed in 2005. Aside from AC Propulsion powertrain IP, the sports car sourced parts from other vehicle manufacturers, including the 150-lb. Lotus Elise chassis. 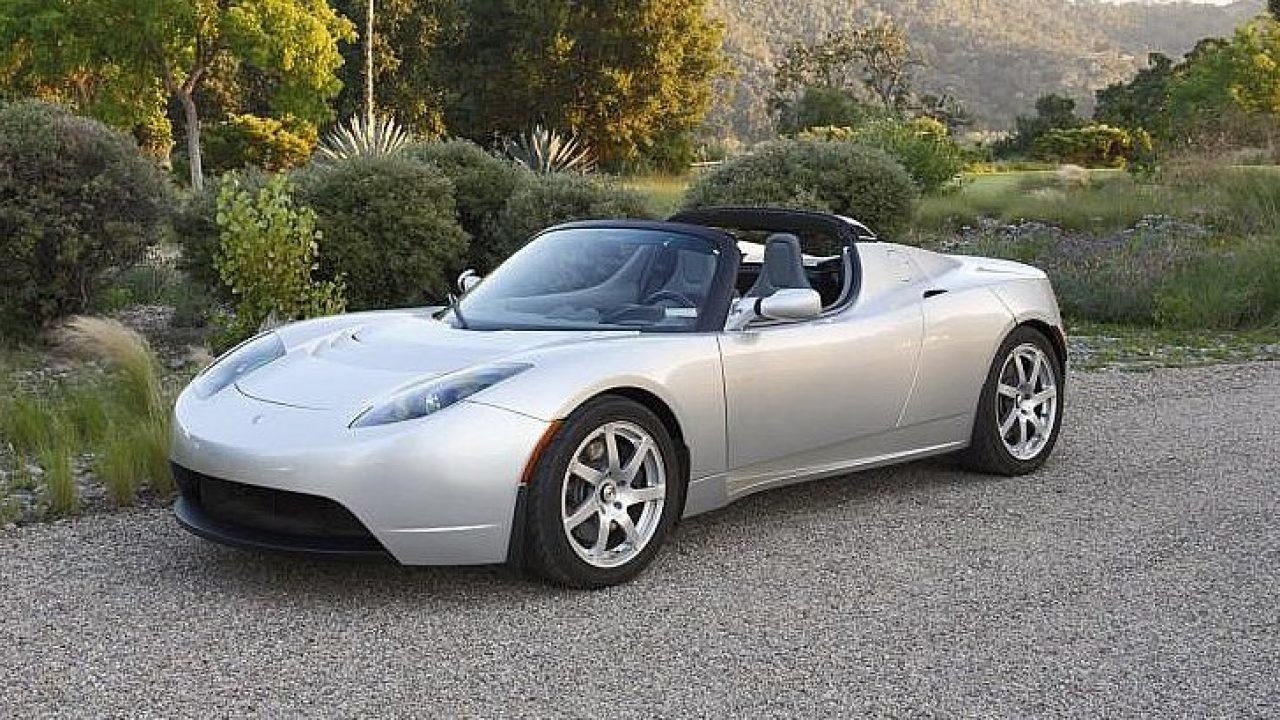 The original Roadster was powered by a three-phase, four-pole AC induction motor that could achieve rotational speeds of up to 14,000 rpms, deliver 248 horsepower to the wheels, realize 200 lbs. of instantaneous torque, and achieve 0-to-60 mph runs of 3.9 seconds. As the first highway-legal electric car to use a lithium-ion battery, the Roadster packaged 6,831 li-ion cells of the 18650 form factor variety into a 53 kWh Energy Storage System (ESS) that, when fully charged, provided a range of up to 244 miles.

The battery architecture divides cells into a series of sheets and bricks, and a liquid cooling system continuously delivered coolant to the ESS while the car is either on, or off and charged to more than 90 percent. When paired with a battery management system, these design elements helped stabilize temperature and voltage levels and prevented thermal runaway from spreading between cells. 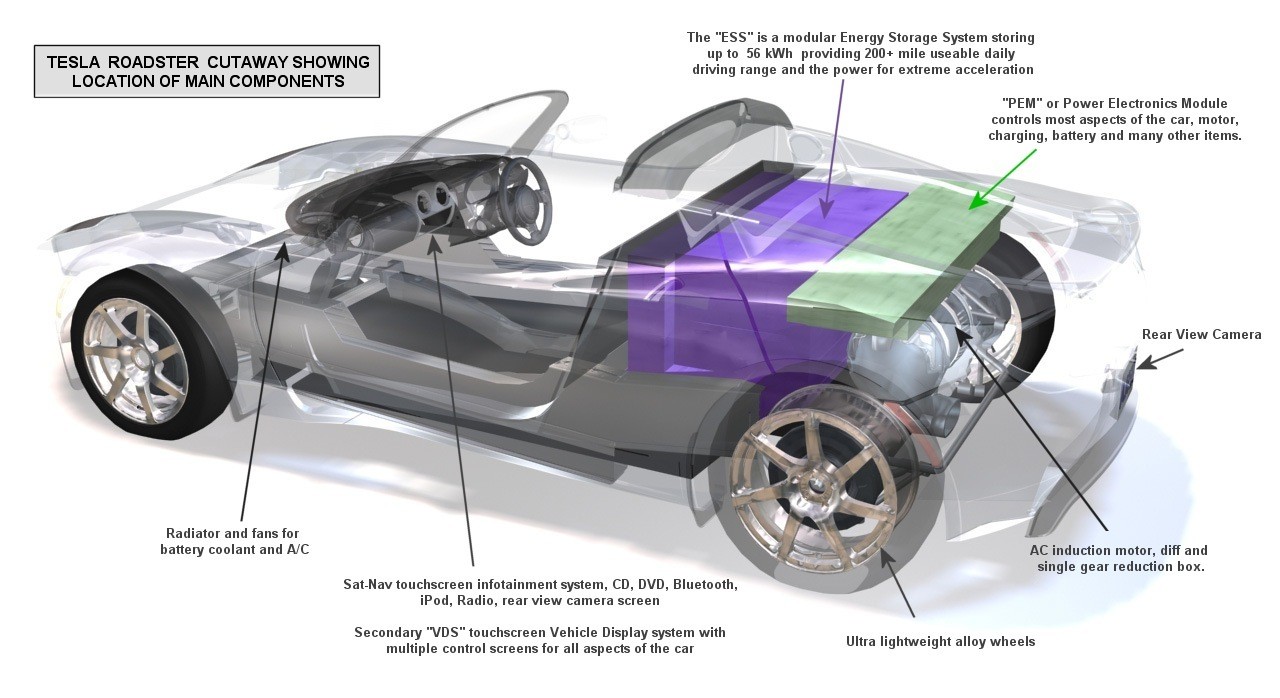 According to Tesla, the Roadster achieved a battery-to-wheel efficiency of between 88 and 90 percent. The ESS could be charged to maximum capacity in just 3.5 hours using a high-power connector, and had a life expectancy of seven years/100,000 miles.

Tesla ultimately produced about 2,450 Roadsters between 2008 and 2012, and it was initially reported that the model would be discontinued both because Lotus stopped manufacturing the Elise chassis and to make way for the upcoming Model S.

However, Musk later revealed in an article written by Fortune’s Kate Fehrenbacher that the Roadster was a disaster.

“That technology from AC Propulsion could not be reproduced and commercialized, said Musk and Straubel. That was partly because the information system that ran the motor was analog, instead of digital, so engineers had to rewrite all of the code involved,” Fehrenbacher wrote in 2016.

As it turns out, the original AC Propulsion battery pack featured an air-cooled design, which Tesla itself retrofitted with the aforementioned air-cooled system. In fact, Musk estimated that the final Roadster design only contained between six and seven percent of the IP Tesla had licensed from AC Propulsion and Lotus, whose Elise chassis had to be stretched to accommodate the li-ion batteries, necessitating a complete redesign of the braking and suspension systems as well as additional crash testing.

It wasn’t until late 2009 that Tesla actually stopped losing money on the Roadsters it sold.

But by bringing the majority of the Roadster’s development in-house, Tesla had positioned itself to build the Model S completely from the ground up.

Deployed in 2016, the Model S featured an 85 kWh, liquid-cooled lithium-ion battery that supported a range of 265 miles on a charge. The updated system contained 7,104 cells with Panasonic nickel-cobalt-aluminum cathodes, which are divided into 16 battery modules each with eight groups of 74 18650 form factor cells.

Like its predecessor, the Model S implemented an uninsulated battery with liquid cooling and a heating circuit. It also used a base powertrain featured a 3-phase, 4-pole 362-horsepower AC induction motor that produced 325 lb/ft of torque and produced a 3.9-second 0-to-60 time. 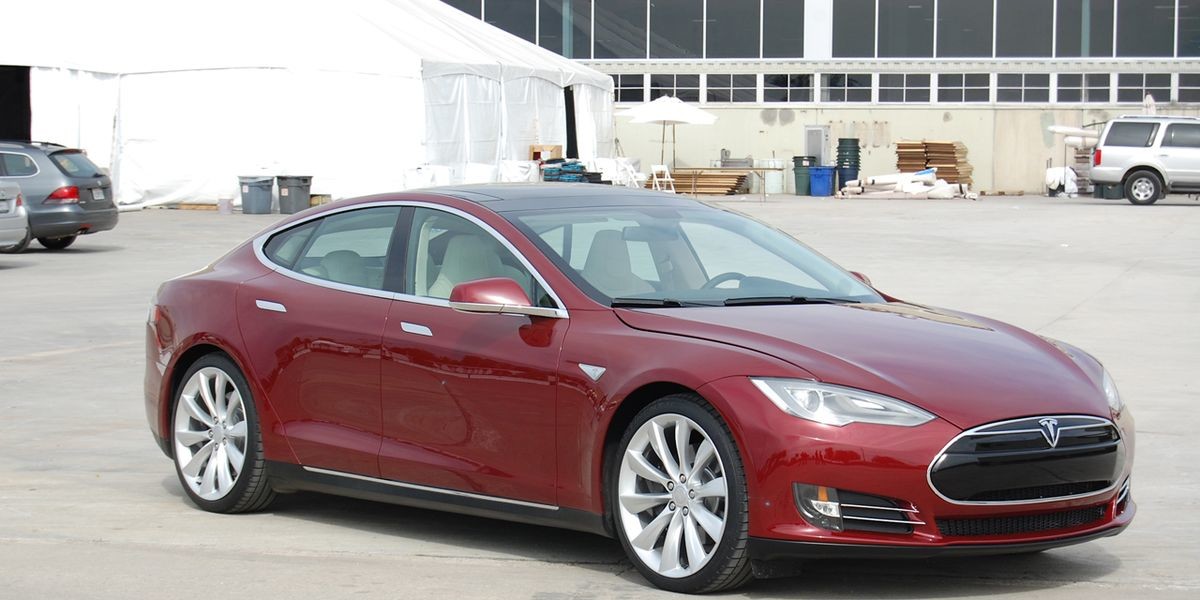 Figure 5. Technology developed by Tesla for the Roadster served as the foundation of the Model S.

In their 2014 Annual Auto Reliability Survey, Consumer Reports said that many of the problems owners reported had to do with the steering, climate control, and suspension systems. In the 2015 report, the company further wrote about Tesla’s Model S, stating this time that owners were having issues with the reliability of the car’s drivetrain, charging equipment, screen in the center console, and more. Consumer Reports did share that most of these issues can be covered under the vehicle’s warranty.

Despite those concerns, Tesla was able to address many issues through cutting-edge OTA software updates, and both the popularity and capabilities of the Model S grew. More than 158,000 Teslas had been sold in the U.S. alone as of September 2018, and as of June 2020, all North American Model S vehicles have a range of 402 miles which, according to the company, is a 20 percent increase compared to the 2019 model with the same battery pack design.

It’s been a long road for Tesla, and an even longer one for electric vehicles in general. But if you keep your foot on the pedal, you’ll get there.

Where Are They Now? 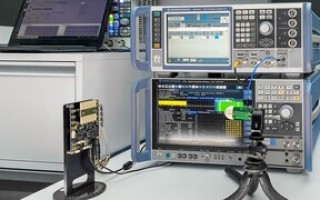